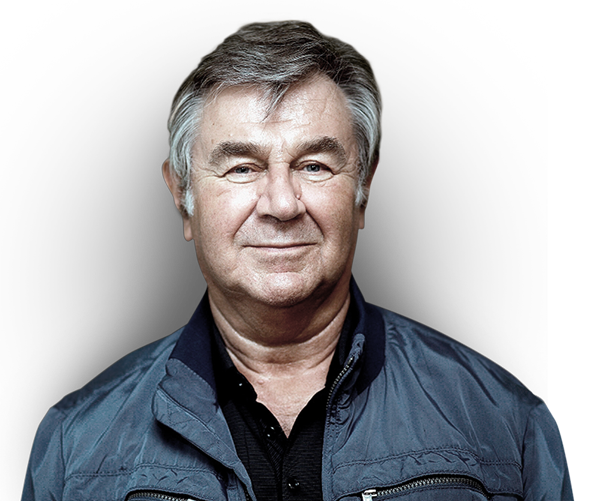 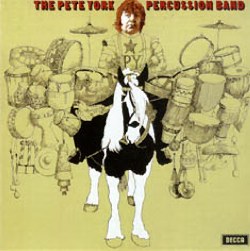 The long-awaited Pete York Percussion Band CD is finally out, released, expelled, escaped, whichever way you like to look at it.
The story behind this release of a long-lost radio broadcast is a tale of mystery and intrigue.
Back in the early Seventies I was busy touring with Eddie Hardin. Both of us liked to escape each other from time to time and
“do our own things.”
There were various line-ups of the so-called Pete York Percussion Band and one incarnation grew out of some legendary sessions performed at a pub called “The Bath” in Shearsby, Leicestershire. I used to drive up there and sit in with a wonderful bunch of mad musicians led by Steve Fearn. The music was the most eclectic mix I’ve ever played, ranging from Rock to Jazz to the Classics. And these guys could play it all. What made it worth the long trip and a five pound fee was the comedy. The whole evening was a riot.

For example, we used to play the “Minute Waltz” with a Le Mans start. The musicians would assemble by the bar, a gun would
be fired and the band would race through the audience to the stage, grab their instruments and start to play as fast as possible. First on the stage was the first to start blowing. A chequered flag would signal the winner, possibly the clarinet in a time of 51.75 secs. Various Strausses, Richard, Johann, Clint and Britney would spin in their graves.

I used to tell my other pals in the Deep South of the Thames Valley about all this fun and one weekend Jon Lord and Ian Paice drove up to join the mayhem. There was a hot time in old Shearsby that night when half of Deep Purple showed up.

Word got out and we were offered a BBC “In Concert” broadcast by one of the most imaginative BBC producers, Jeff Griffin.

That was back in 1973 and for more than thirty years this recording has been almost unheard.

About five years ago I was in Tokyo with Spencer Davis and a young fan asked me to sign a CD which turned out to be an illegal pressing of this broadcast.
Determined, I combed the notorious Skrinja District of Tokyo and found the Do Dji Lecord Shop.
The proprietor, a Mister Elvis Yakamoto, was happy to sell me a copy of my own record for the price of a small Mercedes.

The CD contains some familiar material and some interesting originals. Be warned, there are no laughs here, unless you have
a very warped sense of humour. But it’s a musical one-off with the likes of Jon, Ian, Ray Fenwick, Charlie McCracken and
the members of Steve Fearn’s band all playing live to an audience in Finchley.
Finchley’s finest hour, as the “Chicken Fancier’s Gazette” review put it so kindly.

Eric Burdon, with whom Pete had a couple of warm conversations during the 50 Years Of Rock shows last year, has invited Pete to play on his forthcoming Greek tour.
Eric is performing blues, R & B standards and boogie as well as presenting his fascinating book.
Pete and Eric had talked about their various musical loves and discovered lots of common ground ranging from Big Joe Turner to Jelly Roll Morton.

Eric Burdon is one of the handful of strong individual voices to emerge from that fertile period in the Sixties when British artists took American traditional music forms like blues and folk and produced a new body of standards with a style all its own.

It has been said that Eric could sing the phone book and make it soulful, much like the recently lamented Ray Charles.
Pete is a drummer who can interpret any style of music in his own way on a drum set so this could be a dynamic mixture of two musical heavyweights.
Any fans in Greece should make a note of the dates and any fans going to Greece for an Easter holiday should take this opportunity to see these two in action.

Drum Legends with Pete, Charly Antolini and Herman Rarebell played their first show in the Germering Stadthalle on Thursday, March 3rd.
There had been around seven rehearsals prior to the premiere and the band was well-prepared. Together withHerman’s wife, Claudia Raab, on tenor saxophone were Bernd Kühl on guitar, Jörg Raabe on keyboards and Raoul Walton on bass guitar. The programme was made up of some rock standards, a couple of drum hits from Cozy Powell and Sandy Nelson, funk, fusion, Latin, swing, in fact all things drummy to hit you in your tummy!!!
There were some unexpected items like Charly’s stunning cadenza on the Baseler Drum and the brush feature “Cute” which had Charly with Pete playing the part of a vocalist and a big band.
Pete, Herman and Claudia are all singing; Bernd, Raoul and Jörg all join in the back-ups and Charly has some vocal breaks also.

The guys in the band all soloed with great effect and the packed audience responded to every exciting break. The three drummers each had an extended solo and these were spaced evenly throughout the evening. The different styles of the stars ensured that these dazzling displays never became repetitive or boring. The total years of drum experience of this unique percussion trio is over 140 so its not surprising that the audience was totally thrilled and amazed at the enthusiasm and power which surged off the stage and engulfed them.